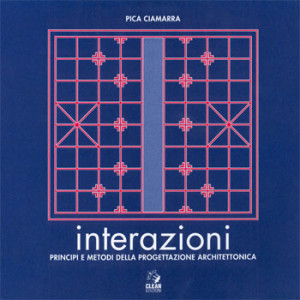 Basic assumptions run through the entire argument: quality and design of urban space are inherent in the design of every building; the deep structure of every project is in the symbiosis of meaning/expression/use; innovation and conservation coexist in every intervention, in careful imbalances.

The text is divided into two parts. In the first, thesis and references articulate five groups of arguments, simultaneous reasons in the construction of the project: principles and meanings; architectural expressions and form; functional organisation; architecture and logic of technologies; project management. Designing means knowing how to make mistakes, detaching oneself from any sector perspective: in its essence, design is – par excellence – a discipline of intersections. The methodological indications contained in the second part intersect construction practice and university teaching. They develop sequences that look like the programme, the articulation of tasks and the set design with which a director is preparing to shoot a film; or the agreements that precede a concert and the action of the conductor; or that adopt metaphors from the game of chess, where the logic of the relationship that each piece manages to establish prevails over its intrinsic qualities. An ancient game: it compares systems of choices, ductile strategies in the continuous intuition of changing contexts influenced by those of the adversary. It has well-established “opening theories” (leading to a high number of initial combinations) and “ending theories” (investigating the concluding phase, when few pieces remain in play, exalted in their potential). The central part has no encoding: infinite combinations allow an expert to defeat sophisticated computers.