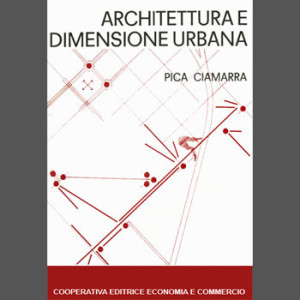 Commenting on a chapter of this collection, which appeared in issue 2/1977 of “le carré bleu”, A . Schimmerling observes that the author’s approach is part of a current of thought launched by a group of CIA M – the “X team” – whose members continued to develop new ideas after the dissolution of the International Congresses of Modern Architecture in 1959. Thus a synthetic vision of the city broke through orthodox functionalism: needs must not only be met, but also provoked. The city as a continuous system of public spaces, aimed at participation, exchange, information, is opposed to the city of isolation materialised in opposing units. The coincidence of public path and activity is a working hypothesis rooted in history, but which upsets the logical structure of traditional systems. Prevalence of relationships, of links: activities as fragments of institutionalised functions; buildings as fragments of an urban continuum. The “areas of social condensation” in the nodes of mobility are proposed as a logic of re-appropriation of the city: on the level of urban design, the indications collected in these notes privilege the process of construction of the “armouring of form” of the interventions, that is, the definition of the permanent meanings at the level of the urban dimension of architecture.