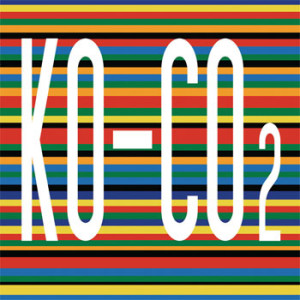 From the partnership between the Laterificio Pugliese spa, a leading industry in building innovation and in the research of eco-sustainable components, the Apulia region, an administration particularly attentive to innovative energy policies based on renewables, and the municipality of Terlizzi, a small town of about 27,000 inhabitants in the north-west of the metropolitan area of Bari, 10 km from the sea, 15 minutes from the airport and 30 minutes from the Petruzzelli theater; in 2007 the preliminary project of an integrated urban regeneration plan was born. Defined in the implementation aspects in 2010, is related to an industrial settlement, the Laterificio Pugliese precisely, disused at the edge of the consolidated center of Terlizzi.

A large area, 18 hectares in size, 2/3 occupied by the production plant and isolated from the urban area by the presence of a regional railway line. Returned to the community becomes an opportunity for an intervention whose contents are based on principles of environmental sustainability, ecological, technological-constructive and social. Driven by a strong sense of responsibility towards the transformations induced on the habitat and landscape is, in fact, inherent in it a conception of compatible development that in accordance with the local specificity – economic but also historical and cultural – materialize new models of living capable of addressing the complexity of the contemporary.

Therefore, reducing land consumption, mobility needs, energy needs and emission of pollutants, using local resources, reducing needs, encouraging sustainable lifestyles become the inevitable guidelines on which the proposal is based from the beginning. Priority choice in this perspective is the cancellation of the barrier constituted by the railway line, overcome by a square under which there is a station with public parking and bus stops. In overcoming the railway line with the adjacent road intercepts two pedestrian and bicycle paths – from the continuation of Via Paù and Via Piscina Nuova – which from the old town to the south are articulated in several sections until they reach the area of intervention. The new network of connections determines, in this way, an easier connection between unconnected parts of the city with spatial hinge the square/station defined by a cover with lowered double arches recalling the cover of the demolished Laterificio.

To the north of it, in immediate contact with the historical fabric, there is a covered market while to the south of the railway, from which it is shielded by a curved photovoltaic wall, an urban park of over 3 hectares with ecological corridors of a larger scale mediates the relationship with the residential settlement, characterized by the presence of a bio-lake and an office tower, a landmark reminiscent of the ancient clock towers present in the area. A new centrality defines, therefore, the transition between the old town and the planned district, a spatial node of equipment and services with a high urban value condenser and equal generator of actions, movements, integrations. Entirely pedestrianized with parking lots provided at an underground level served by ramps located at strategic points, it is attested to the residential fabric with duplex units of various heights, chromatically differentiated and adaptable to changing needs over time.

Typologically it is resolved by clusters with courts oriented to the south and partly screened by vertical gardens for greater energy efficiency and better environmental comfort, in which individual greenhouses are arranged. “Intimate” ambivalent enclaves for multiple and mixed uses, in prolonging the internal space of the residences outside according to a biunivocal relationship, moreover, define relational areas in which the inhabitants, and especially the children, can express themselves, facilitate the comparison, encourage participation by stimulating the sense of community and identity. The unbuilt, variously articulated also with green systems, so, building a topological, spatial, functional, connective continuity becomes an added element, sedimented architectural quality, lived experience and not a space of results.

And this, on the other hand, is valid for the whole area of intervention. In a functional mix given by the presence of laboratories, offices, residences, equipment and services (in addition to the station and the market, the kindergarten/educational farm to the south and the church to the east), in fact, the buildings, material presences of different forms, assume value by reintegrating spatially in the unitary sense of the voids, gardens, paths, ponds, in all those intangible relationships that enter the project at various scales directing even more the value towards a sustainable concept of architectural design in all its components.

Important is the choice to use recycled construction materials, natural, low polluting emission integrated with an overall logic of supply and management of resources (recycling of rainwater, integrated systems of electricity production, proper policy in waste management, wise use of vegetation, etc..) virtuous and multioriented. This is also demonstrated by the inclusion of a large dune, modeled on the ground with waste materials, which in constituting a southern obstacle to the “hydraulic risk” of the area transforms an obvious criticality of the area into a driving force, becoming a landscape sign and a panoramic viewpoint with a pedestrian and bicycle path on its top. 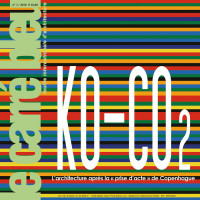 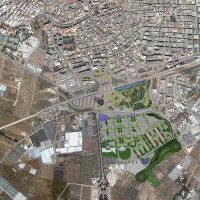 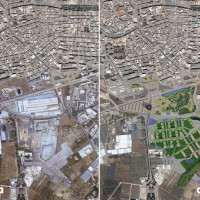 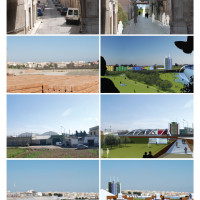 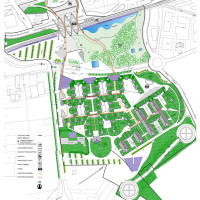 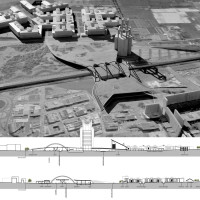 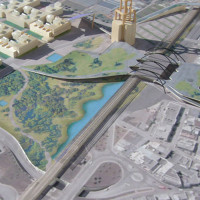 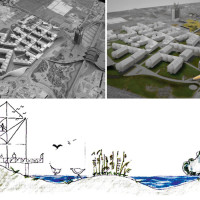 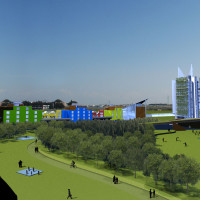 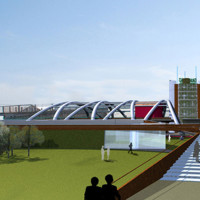 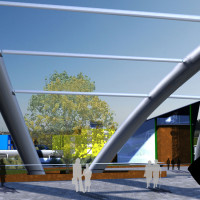 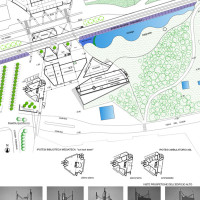 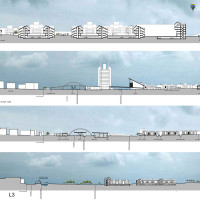 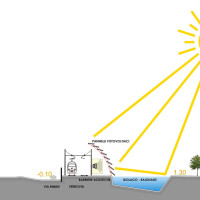 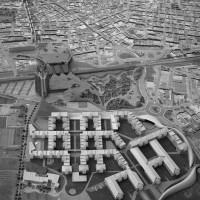 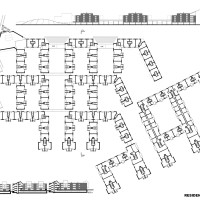 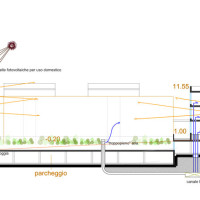 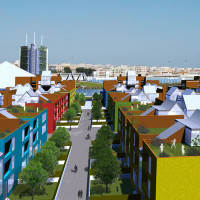 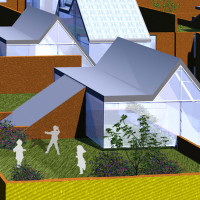 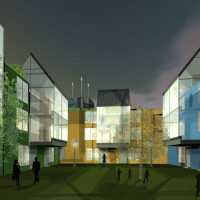