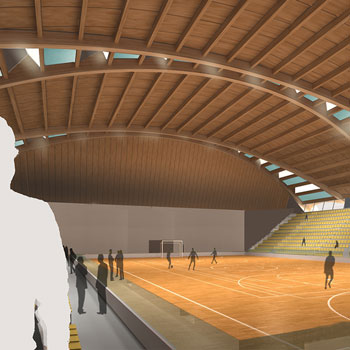 The objective of the competition, redevelopment of the sports area and not only the addition of a sports hall, determined the proposal that places the new building in a central position with a square in front, redesigns the existing fountains and the relocated football pitch, to obtain a complex with a better balance of landscape, possibility of use and pleasantness and easier management; it unifies changing rooms and services, provides ample parking areas and green areas that can be used in the future for new facilities for free or organised sports. The intervention includes the area between the two fountains and the field moved to the east. The improvement of the other existing structures will be part of a later intervention, if considered useful by the Administration. 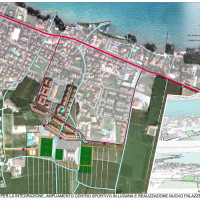 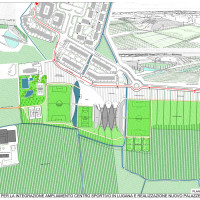 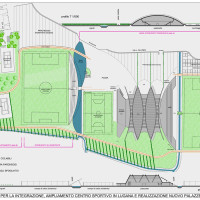 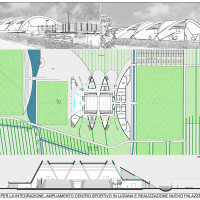 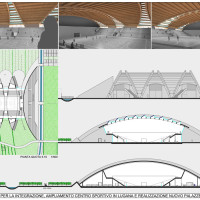 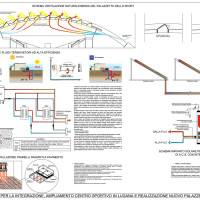