The traditional image of a “law court” is a monumental one.
The intention here is to obtain an ambiguous image, contradictory in its numerous allusions, which make a plurality of interpretations possible.
A large covered square at which the judiciary bodies and the other offices converge.
“the real core of the square is the centre of pedestrian connections and entrances: it is also the centre of the complex relationships between interior and exterior spaces.”    (F: Irace – maggio 1986)
The three semicylindrical towers contain:
–    The appeal, civil and penal courts and the Procura Generale
–    The Tribunali and the rocura
–    The magistrate’s court, civil and penal cases
Behind is the block of the offices, parallel to the central galleries which articulate inner open areas at various level.
Once the unity of an “authoritarian block” has been broken, the design refuses dissociation into isolated episodes. In its relationship with the urban fabric it becomes a landmark for the interventions which will follow in the same area. 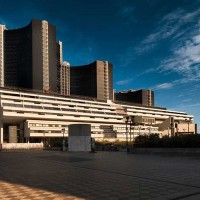 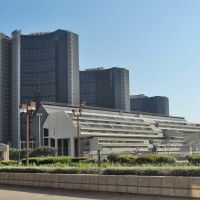 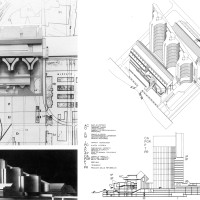 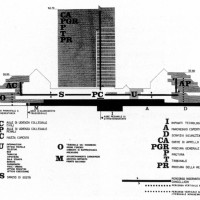 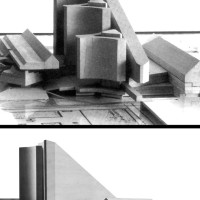 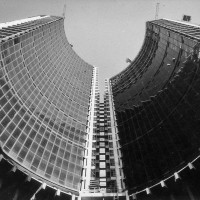 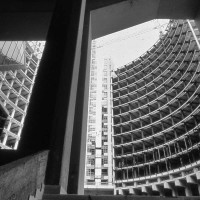 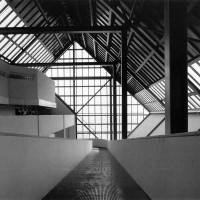