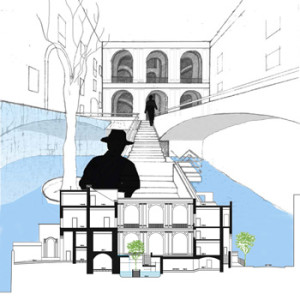 an attempt at synthesis
Palazzo Cassano Ayerbo D’Aragona will house the activities of the Fondazione Morra.
The building is being restored, but each intervention tends to open it up to the neighbourhood, to perforate its perspective visions, to express freedom.
This is why the monumental staircase becomes an open staircase, connecting discreetly with the garden behind it, with the arches of its façade turned upside down to pierce the floor of the courtyard and capture its underground spaces.
For this reason, from the garden separating the Palazzo from the church, it will be possible to enter, cross the old cistern, once again flooded with rainwater, and glimpse the upper courtyard and the monumental staircase, now open.
For this reason, another perspective axis will be determined at right angles to this one: restoring the vaulted passages of the past, bringing them back to double height, allowing a glimpse of the new access from Via Turini, alluding to the agricultural areas once annexed to the Palazzo.
Museum spaces, laboratories, accommodation for students and artists: at the end of the transformation, we will have a restored old palazzo permeated by a breath of modernity, open to the neighbourhood and to the future. 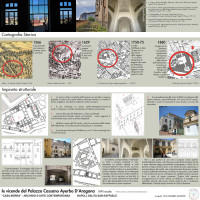 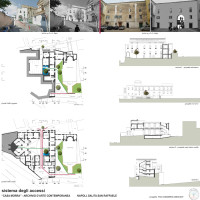 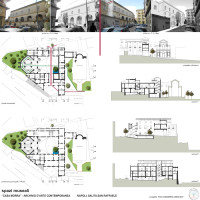 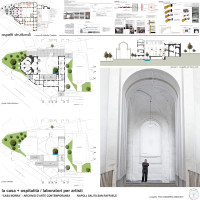 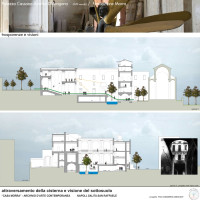 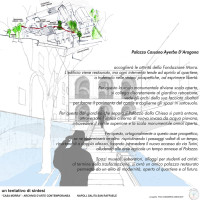