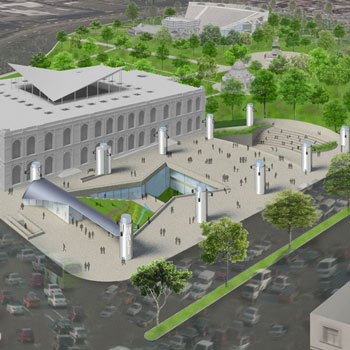 DESCRIPTION OF THE PROPOSAL

the aura of monumentality Vs the spectacle of transformation

concept :    two caveas opposite to one another, a below-grade three storey building, largely open to let light and air flow through

vision for the city’s future :    transparency of the urban fabric, in the north/south direction and the visibility to/from the Metro station connecting Lima and the region.

relationships between the museum, the city and the park :    existing spaces for new functions; relations to the newly designed landscape; to the city through the Metro lines.

visibility of the Museum : the high, thin, light cylinders are the “urban sign” of the new building; with a distance from the Museum

uses of the plaza :    a multipurpose space, two caveas for happenings and events, music, conferences and the gathering of about 900 people

flexibility    galleries: a single space to divide with movable partitions following the geometry of raised floor and suspended ceiling

air pollution     reduced by materials, greenery, the geometry of the spaces

on the north, for structured open air events; protected from the street noise by a 2 m. wall and a green hedge;

on the south, a public meeting point, designed by greenery and water games; includes the access to Education.

In front of door 3, a freight elevator with a sliding forklift moves the artwork to the storage; serves the library and the Education levels

The morphology of the Plaza is independent from the site limits: nevertheless, no closed space within the metro area.

The foyer at -8.30, also accessible from the Station. The cafeteria replaces the existing library using its kitchen. Galleries and the storage at -13.60; the last visible by visitors, or dimmed if necessary.

Visitors may go out through the foyer or directly from -13.60 using dedicated stairs and elevators.

16 classrooms open towards the caveas; the lower ones have outdoor spaces. 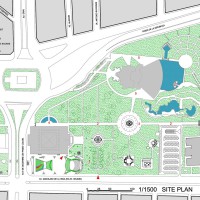 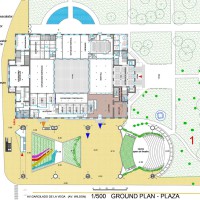 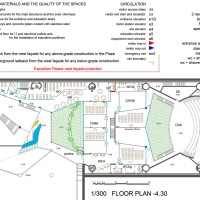 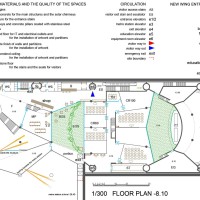 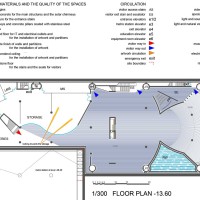 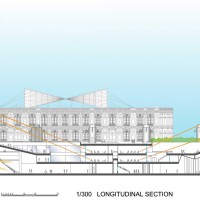 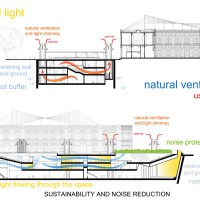 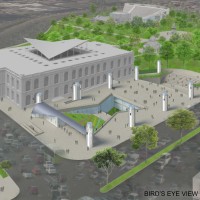 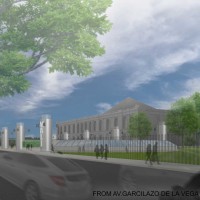 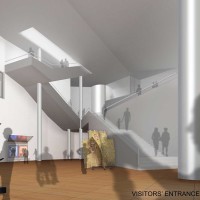 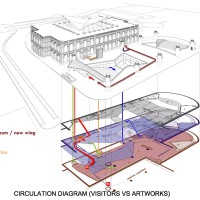 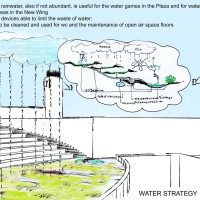